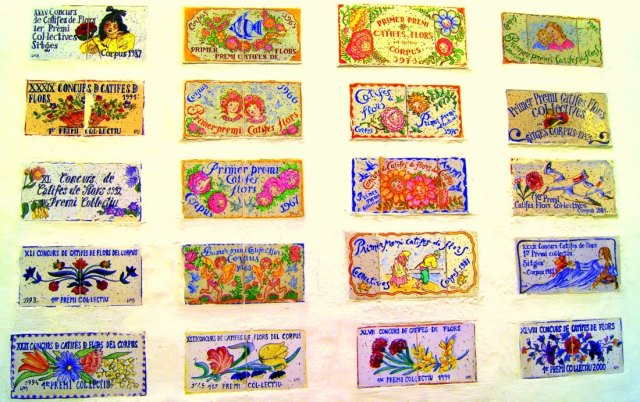 And you know what happens then??? They win prizes! And then, they get some signs tu put on the walls of their houses, saying ‘this is a most flowered house’. Or so. I don’t know if they win anything else than the admiring glances of their neighbors or passerbys. Or occasional tourists like us.

This said, this is a photo of one of these most flowered houses, in Sitges, in the city center. This house won many prizes, for many years. They were about twice more of these signs, but I somehow had to frame this photo, and I still wanted the signs to be recognizable.

One small thing though… It was winter, 2 months ago. Not a single flower to be seen, anywhere… So… I’ll be back!

Do they do the same where you are? Do they win prizes?

This entry was posted on May 11, 2010 by robthefrog. It was filed under architecture, flowers, signs, Sitges .