The Nobility of Time 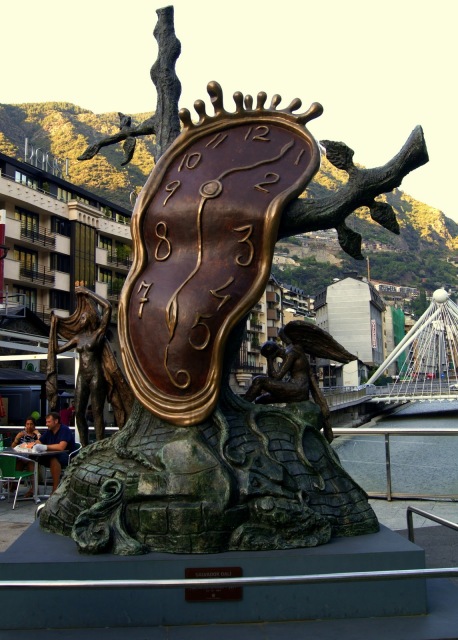 The Salvador Dali sculpture, the ‘Nobility of Time’ has been placed in Andorra’s capital city, in the Piazza Rotonda Andorra la Vella.

It was donated to the Andorran government by Enric Sabater, who was Dali’s agent, collaborator and confident between 1968 and 1982. The stunning five meter high sculpture has been placed in the city’s most prestigious and historic square, in the towns oldest quarter which dates from the twelfth century.

The bronze sculpture is one of the melted watch series of sculptures which was created by Dali to symbolise the passage of time. The soft melting watch is draped around a tree trunk; atop the watch face is a crown, synbolising time’s master over humanity.

And here is the back side of it. 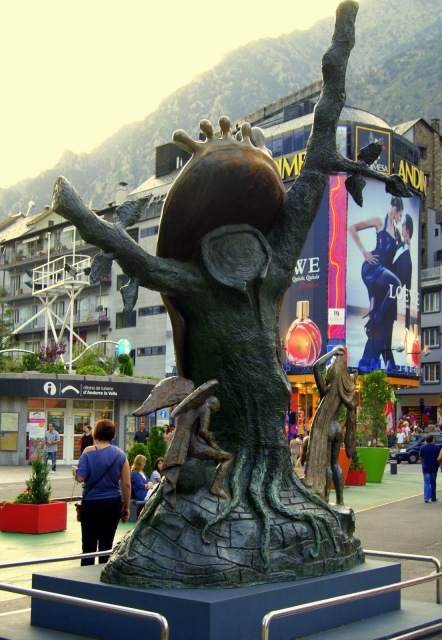 This entry was posted on September 21, 2011 by robthefrog. It was filed under Andorra, art, Dali, statues .