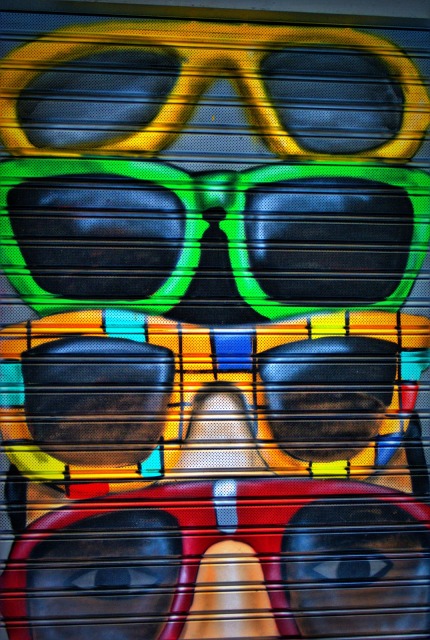 Well… A pretty colorful shopfront! And a sight for sore eyes…

English word of the day: grammar…

word history: Although the two concepts are rarely associated with each other, grammar and glamour are linked. Recorded in Middle English, the word grammar came via French gramaire and Latin grammatica from Greek grammatikē (tekhnē) ‘(art) of letters’. In the Middle Ages Latin grammatica was often used to mean ‘learning’, and because many people associated scholarship with magic, grammar seems to have taken on the meaning ‘enchantment, magic’. It was in Scottish English in the 18th century that the spelling change from grammar to glamour occurred, and the form glamour became fixed in the meaning ‘magic’ and later ‘an attractive and exciting quality’. Similarly, grimoire ‘a book of spells’ derives from an alternative spelling of French grammaire ‘grammar’.

This entry was posted on October 24, 2012 by robthefrog. It was filed under shop, Shopping, window shopping .