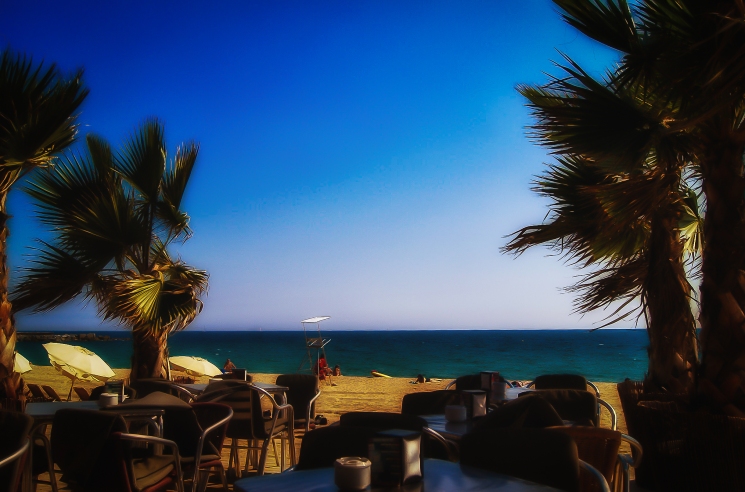 …it will be xiringuito season, aka the best time of the year: SUMMERTIME, YEAH!!!

A xiringuito, or guingueta, spanish chiringuito, is a beach bar, serving mostly drinks and snacks. Usually, some of them are fully-fledged restaurant. The bars tend to be really crowded after 2 PM, or in the evening, when the beach parties start. Excellent places to meet people…

It might be winter, but the weather is often nice enough to have a warm drink in the sun.

A 5 years old Jpeg photo, from a non-DSLR, 3 MP camera. The so-called red bar, just behind the city hall. Nothing that a few tweakings can’t save from Jpeg hell, with the help of Saint Lightroom and Saint Photoshop, alleluia!

Pudding, probably the best cafe in BCN. The most colourful one, for sure.

You might recognize the bat… You can find it on every bottle of Bacardi rum. Well… It is a cuban-catalan drink, as the guy who invented it, Facundo Bacardí Massó, was a child from Sitges, 30 km south of Barcelona, before emigrating to Cuba in 1830. The town of Sitges is enormously proud of him!
I chose black and white for this, as the Bacardi website talks about earthquakes, fire, revolution, destruction…
OK. Might have a drink now, after all this.

Some more cafe tables, busy ones, on Plaza Real, our very own royal square. 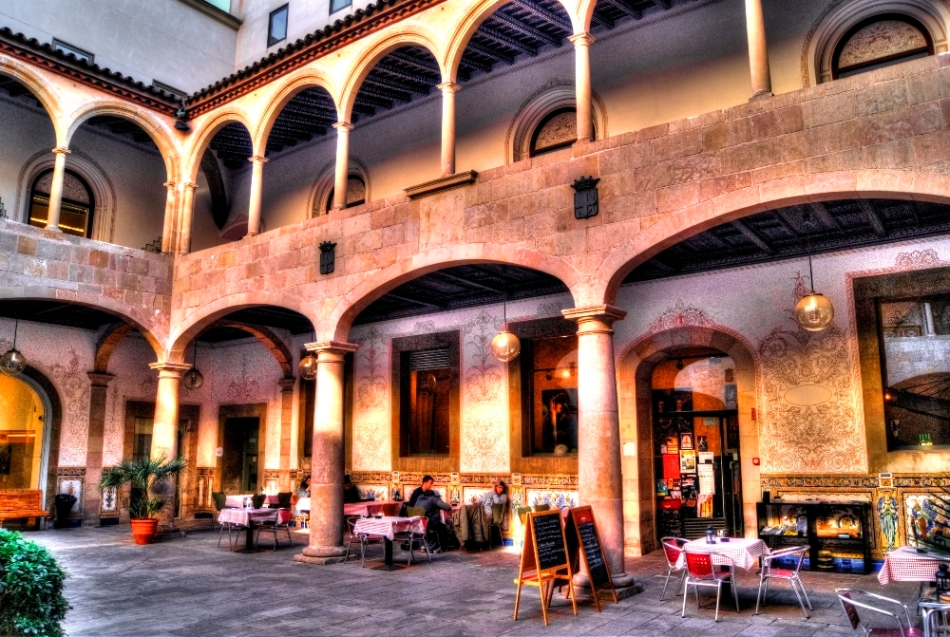 One of the many nice and quiet places in the city center where to have a drink or two. It is the Pati (patio) Manning, a former seminary built during the 18th century in baroque style, and named after it’s main benefactor. It is now a culture center. 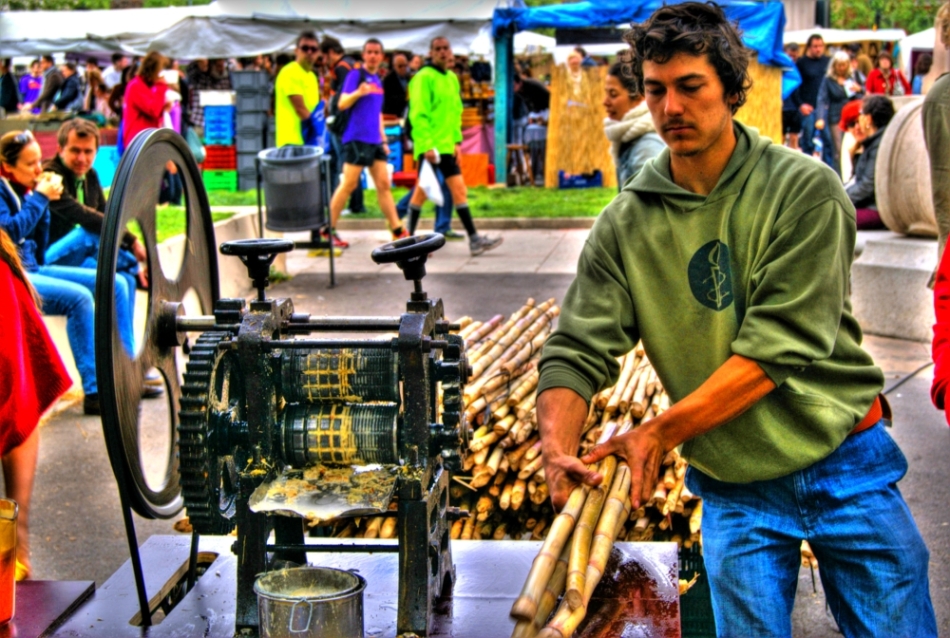 A short lesson on how to make something delicious out of sugar cane. 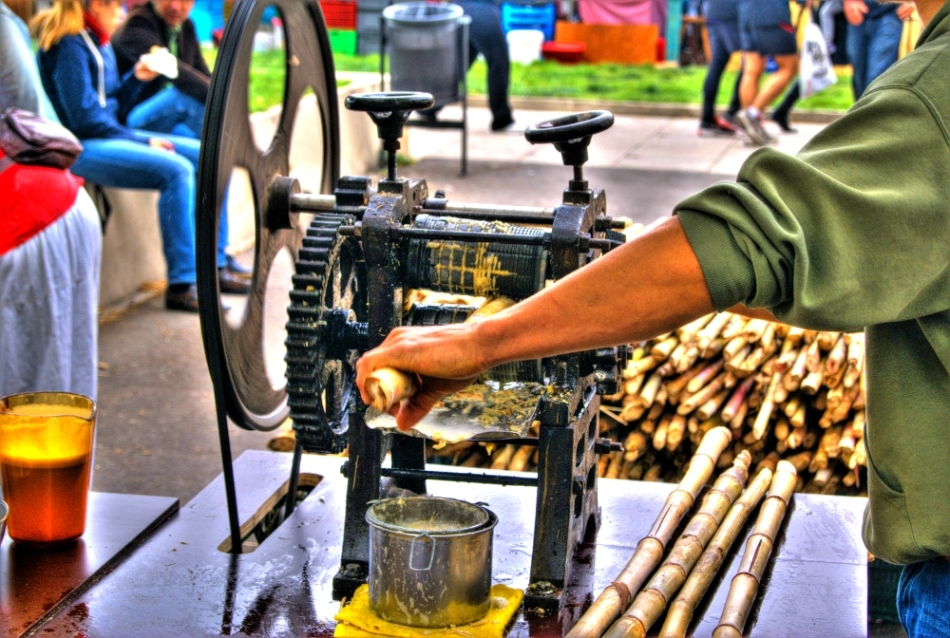 Our world on Tuesday.

Heat wave. It is very hot, despite of a small breeze coming from the sea. So, let’s have a drink on the Rambla.

The place to be 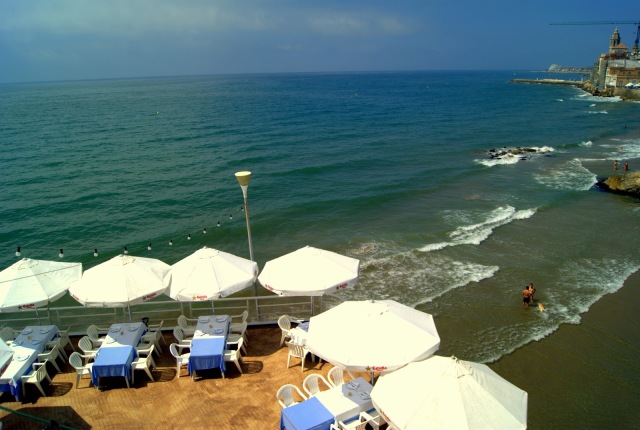 We’re still not quite there yet. It was much warmer one year ago, but we’re getting there: it’s gonna get WARM soon! And these chairs and tables wont be empty anymore.

The time has come back for having a coffee on a terrace in the sun. This is a tallat, or cortado in Spanish, I had last night, around 6. Yes the sun was still shining, 16 degrees. A catalan tallat is a cafe solo, aka espresso, with some added milk. Coffee, the juice of life. I know many of you will agree to this statement! 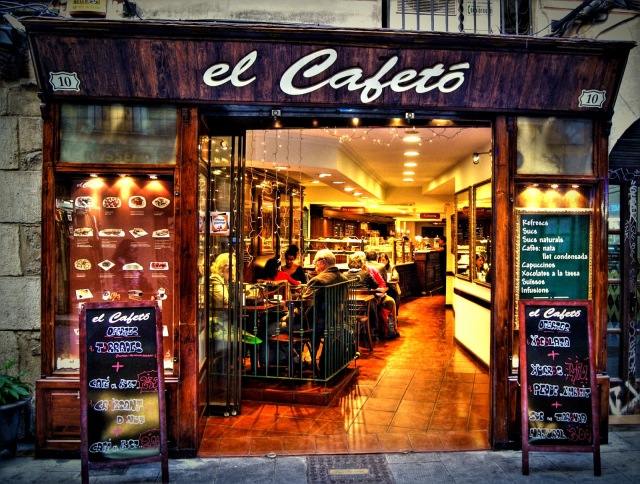 One of our local cafes. This is our world on Tuesday.

It’s an art, says the artist.

Our World Tuesday, around the world.

Having a drink on top of the hotel next door… Nice.

Shopping, even for food, makes you thirsty…

Valhalla, Hall of the Slain, in Norse mythology is the hall presided over by Odin. This vast hall has five hundred and forty doors. The rafters are spears, the hall is roofed with shields and breast-plates litter the benches. A wolf guards the western door and an eagle hovers over it. It is here that the Valkyries, Odin’s messengers and spirits of war, bring half of the heroes that died on the battle fields (the rest go to Freya’s hall Folkvang). These heroes, the Einherjar, are prepared in Valhalla for the oncoming battle of Ragnarok. When the battle commences, eight hundred warriors will march shoulder to shoulder out of each door.

Nowadays, a rock club in Barcelona. The wolf is doing the bins in the Raval, and the eagle flies free…

Took a photo of this entrance to this most glorious hall for Louis la Vache’s new(ish) meme, Monday Doorways. Have a look! Have a look a bit later, as it is still Sunday in Frisco.

Meanwhile, have a look at the Barcelona Gay Pride 2011!

I am originally from the north east of France, a region called Alsace. It is an area famous for many things, the Council of Europe, we have our own German dialect, and we have 7 wines, 6 whites and one rose/red.
And lots of beers. Although I don’t drink the stuff myself, this is serious business. The proof? This is the Beer Academy in Strasbourg!
Don’t have a lot of time lately to browse your blogs, back soon! 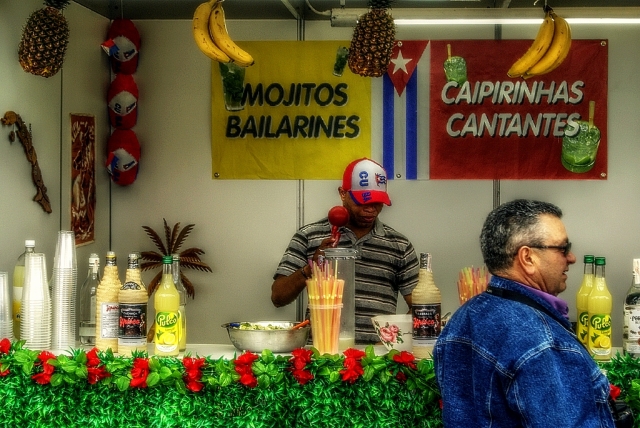 A happy waiter, dancing and swinging maracas. And below another one, doing the cocktail thing. 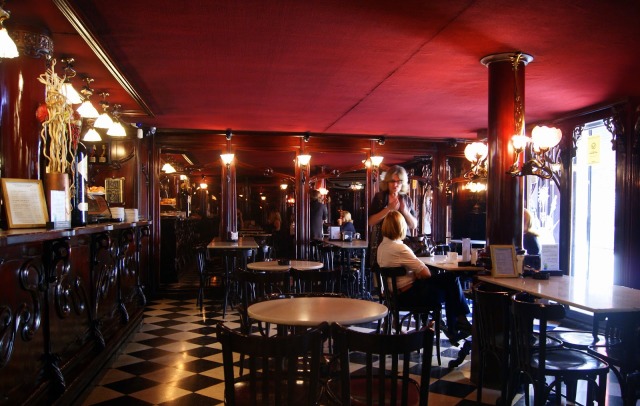 This is one of the better places to eat in Barcelona: els 4 Gats, the 4 cats. It is the place where Pablo Picasso had his first exhibition, as a 17 years old teenager. A restaurant, opened on june 12th 1897 by a former waiter of the famous “le chat noir”, the black cat restaurant in Paris. Other famous people used to hang around here as well, the ubiquitous Gaudi, Isaac Albeniz, and so many more.
It was too early, and therefore not open yet when I passed it, but I will most definitely go back and show you the fabulous interior. Meanwhile, have a virtual visit on their website, it is a WOW kind of place! 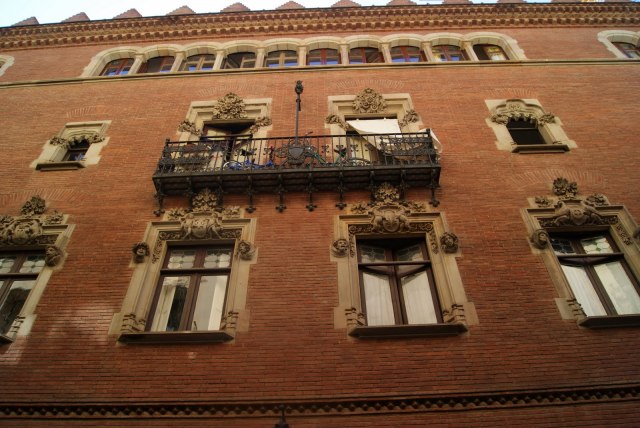 Classic photo of a hotel bar, the lonely customer and the barman. Will they talk to each other? What will they say? Will they talk about the weather (tropical), or the meaning of life, problems at home? You know all the cliches.

It is extremely hot here now, and it will get worse this weekend, 40 degrees announced, 105 farenheit or higher.
So, this is the place to look for, shady, with some drinks, like this one in Perpinya, Perpignan, the other capital of Catalunya. 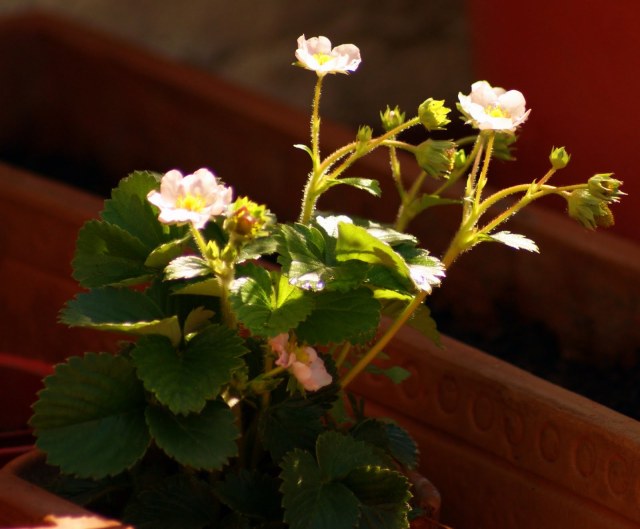 It’s finally and officially summer, and we will celebrate soon with our first strawberries of the year and a fine bottle of cava, the local catalan bubbly! 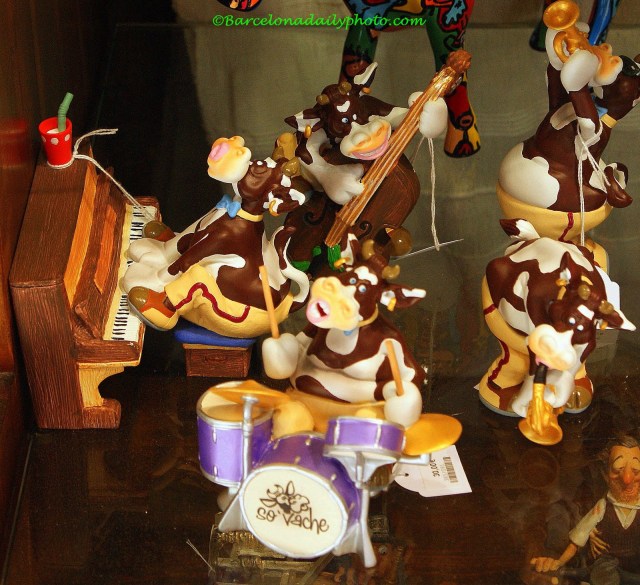 So Vache. The perfect jazz band for the perfect cup of coffee! You don’t have coffee??? What a shame! But good old Daddy Rob has the solution for you: just click on the frog in the sidebar! 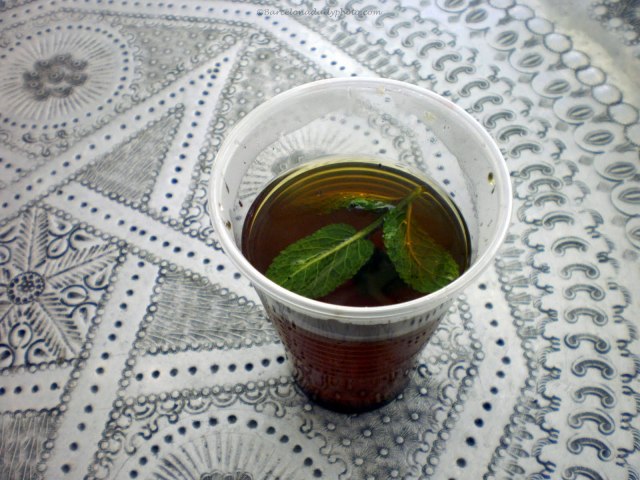 Barcelona is a very cosmopolitan place. You can find food and drinks from around the world.This is probably the best fresh mint tea you can get here, from a stall in the Raval. Want some olives with it, or a samosa?

Drink, anyone?
Photo taken in the Boqueria, the big old market on the Ramblas.