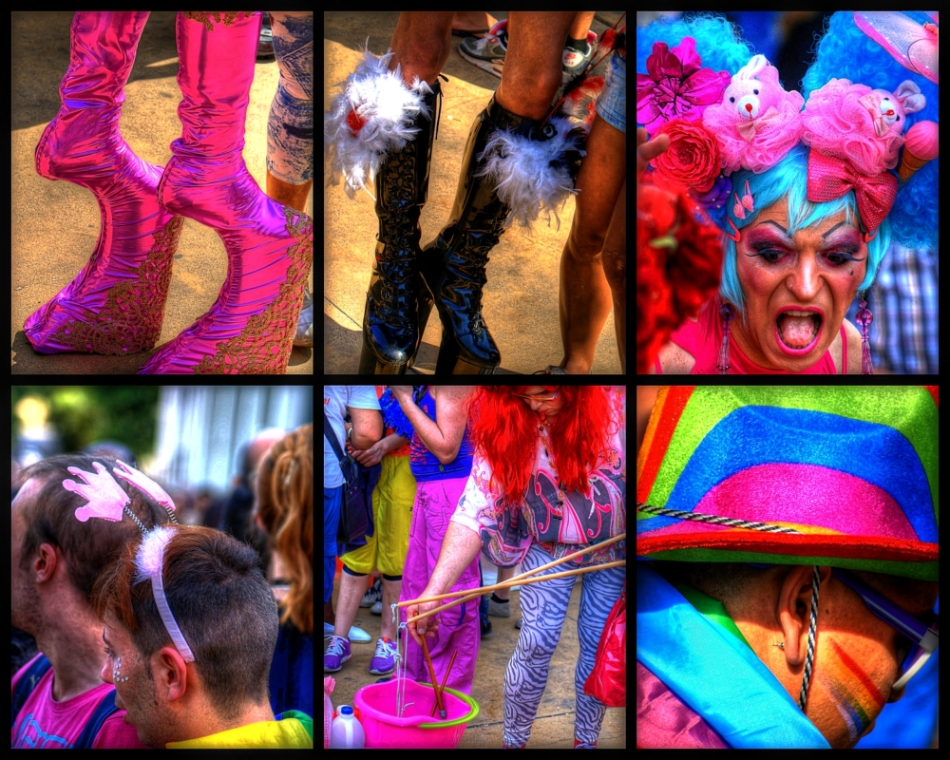 Some of the accessories used during this year’s GP were really… funky! 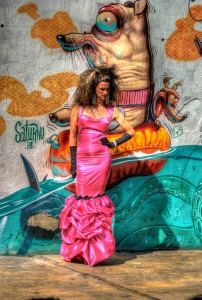 The Gay Pride parade, yesterday. Thousands of people, gay or not, lining the streets to watch this festival of life and joy. 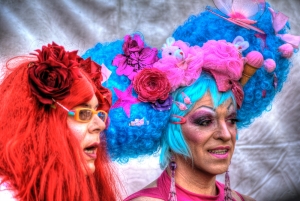 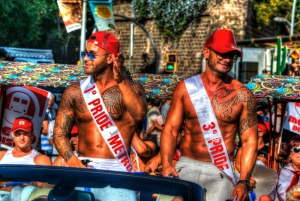 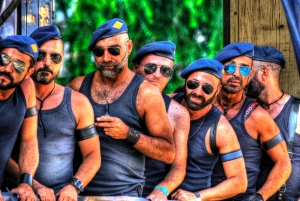 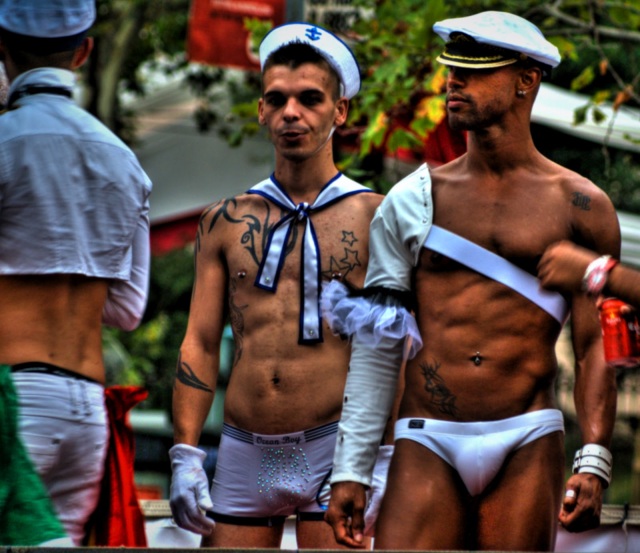 After days of sweltering heat, this year’s Gay Pride ended yesterday with a parade and a bang! A nice thunderstorm, rain, wind, the works, at the very moment the parade started moving. Thank God, the marines were here!
As for me, I swam home.

And the guy standing at the edge of the crowd, with his ‘homosexuality is a sin’ banner, seemed happy as well. Maybe he saw the storm as a sign…

One of the strange creatures seen at last weekend’s Gay Pride.

This is My World on Tuesday, where very bright, funny and decorous people come specially to our streets from Tel Aviv to participate at Barcelona’s 2011 Gay Pride. Welcome, friends, and shalom!
Many more photos from this event right here!