A HOG meeting during the annual Harley Days in Montjuic. What’s HOG? It stand for Harley Owners Group. Nice people! 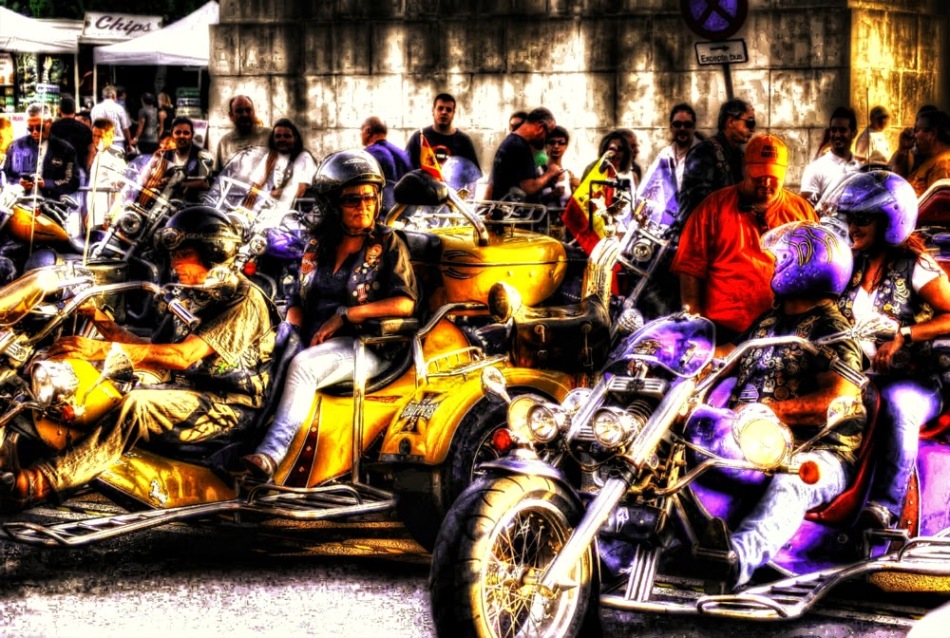 Summer is finally here, in the northern hemisphere that is. It will soon be time again for this most sonorous of happenings, the Barcelona Harley days. HOG’s galore! 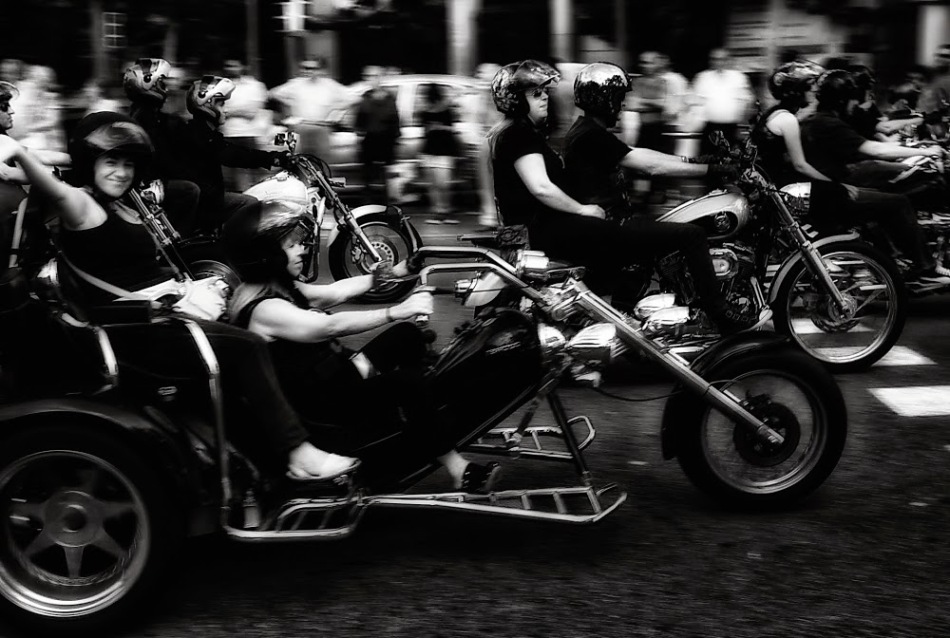 Followers of this blog will know that I like bright colors and Harleys. As I decided to carry on blogging about Barcelona, I will take a more artistic route, with less HDR and maybe less colors.
Anyway, here are some happy HOGs, full of zest! 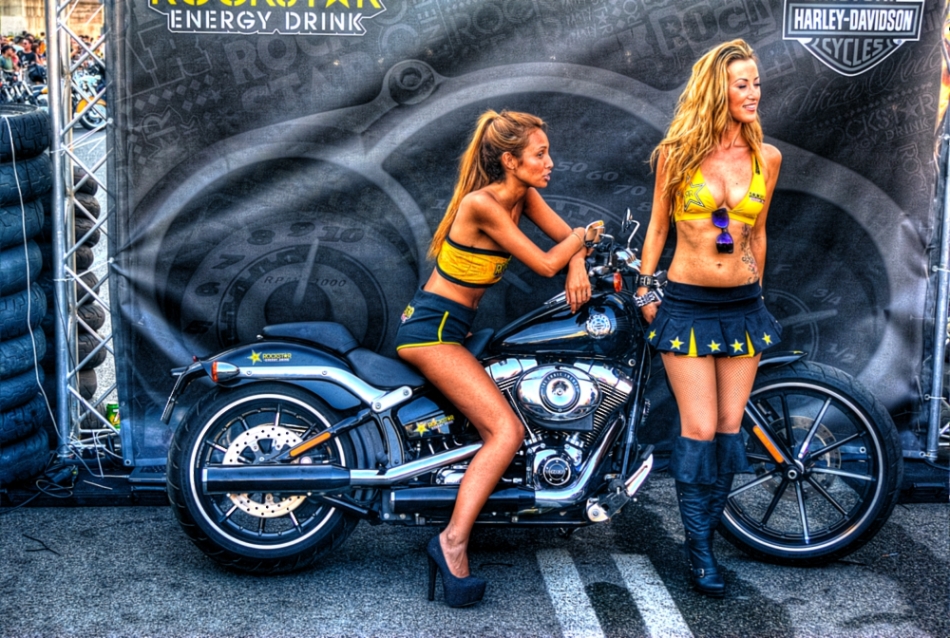 Once again, the bikers are in town for the biggest European Harley Davidson meet. Lots to see and to do, demo rides, watching beautiful bikes and bikers, music (today is Elvis day), line dancing, eating, drinking… 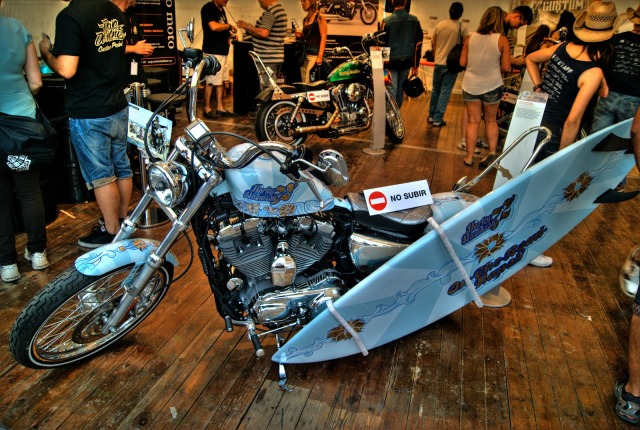 Groovy baby! What more does a dude need?
Let me show you some Harleys! 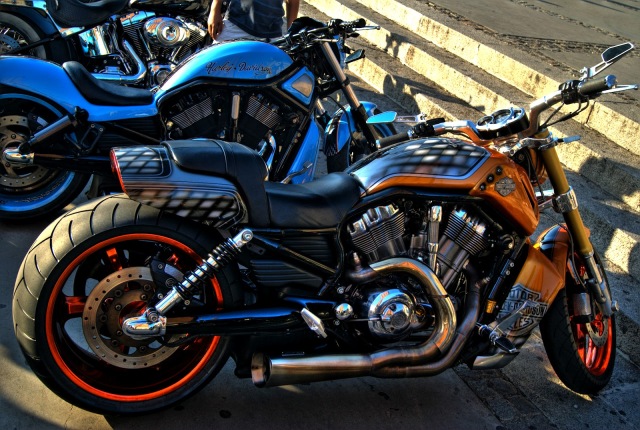 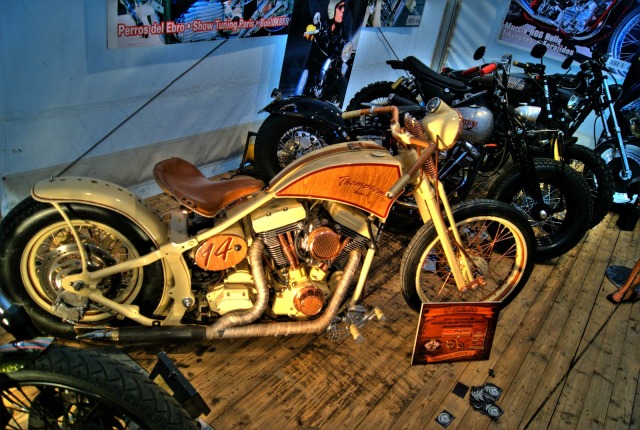 And a couple of oldtimers 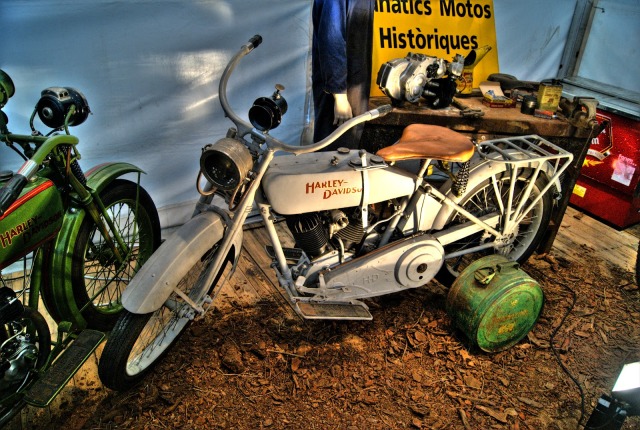 But you know, what I learned during those Harley days, is that you better start young. Like them…

So now, from all those wonderful machines, which one would you…adopt? I’d go for the surfing one! 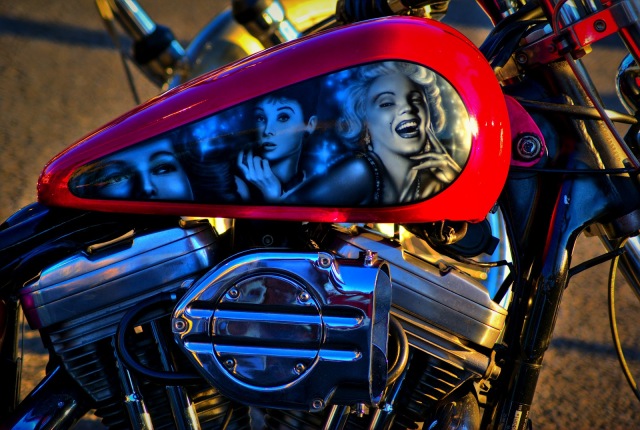 Not just Elvis: Marylin was here as well, together with some stranger birds… 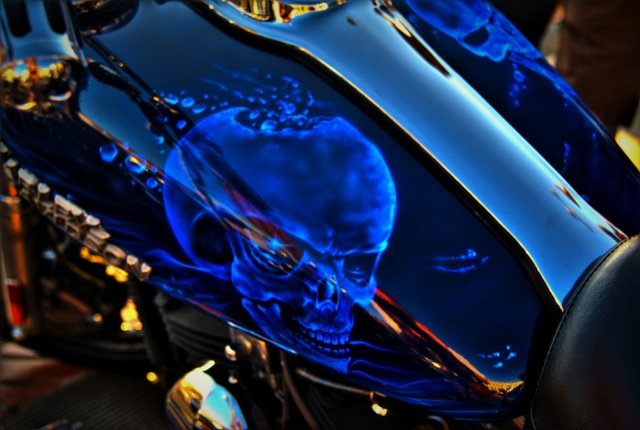 And what’s a biker without biker chicks???

The most eagerly expected event during this year’s Harley days was the parade. Imagine 15.000 (no, no typing error: fifteen thousand) Harleys from 20 countries going on a stroll all around the town… The noise was quite incredible, sweet and strong (ok, I’m biased). Have a look… 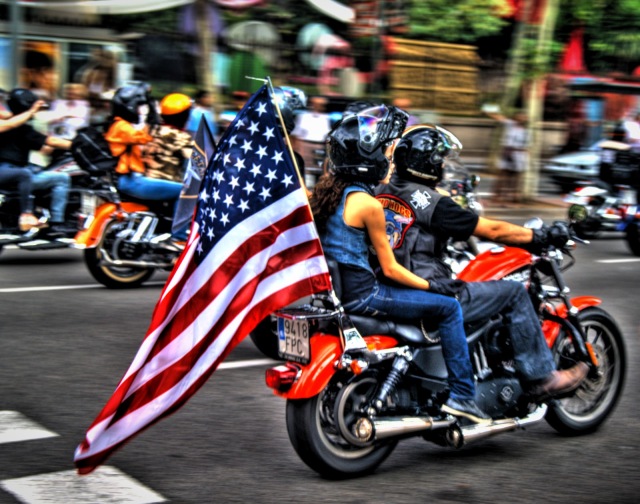 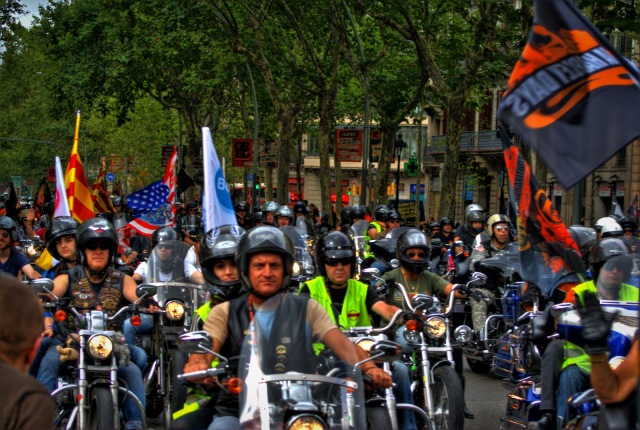 The press was there as well, obviously. That’s how they did it……..

Guess this driver must have felt a bit daft… Well, just a job, innit?

As everybody should know by now (check the movie Men in Black if you don’t believe me), the King is alive. And speaks fluent Catalan! He was the special guest of the Harley Days. Good voice!

Second of the Harley days. Now, if anyone decided to give me one like this, I would kowtow very deeply and be very grateful…

Yeah, the Harley days are back!!!  Europe’s biggest Harley Davidson meeting, 21.000 bikes expected. And those machines are simply wonderful! And so are some of their owners! Here, a couple of Swiss gentlemen, probably from the local Hell’s Angels chapter.
Will show you much more in the next days. And we will have a very special visitor… Just wait. 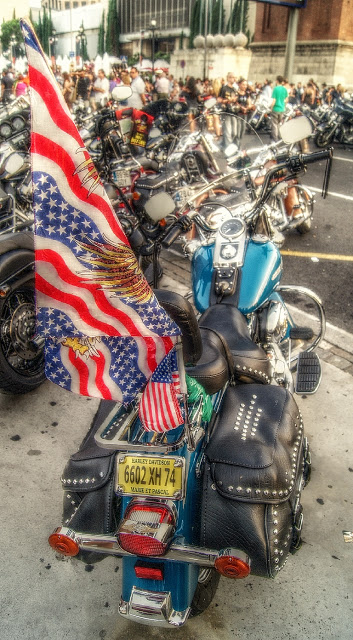 Some of the 11500 Harleys in town this past weekend. Enjoy the monsters!

And some of the thousands of onlookers and admirers. 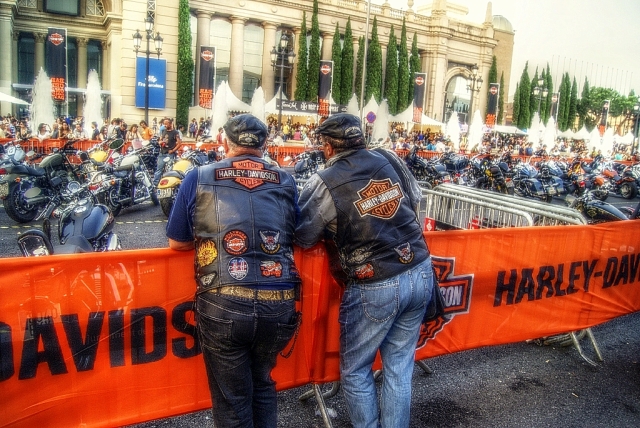 And yes, once again, this is My World Tuesday!

HOG days: the ones for sale 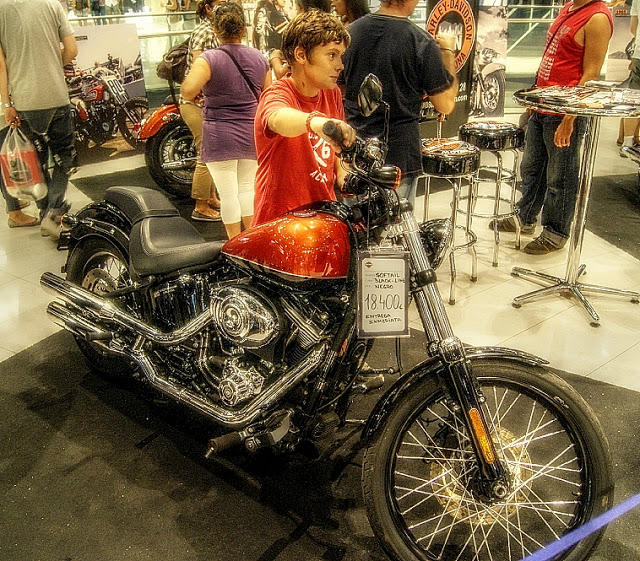 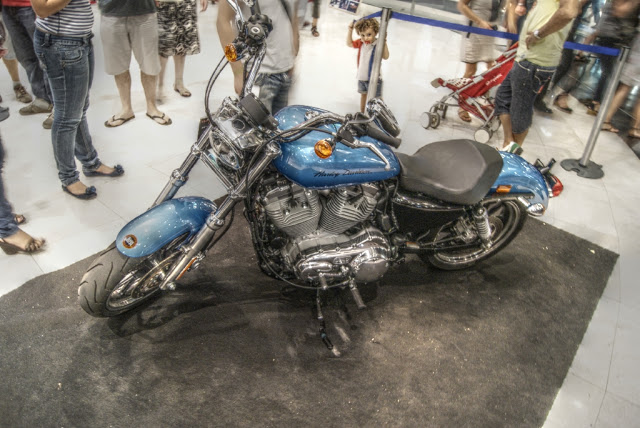 You gonna get the blues with that one!

Look at me, I’m beautiful!