Welcome to the World, Mir in russian! Isn’t she gorgeous, the white princess from up north!

Figuring out the figurehead…

One of the tall ships present in Barcelona during last summer’s Merce festival, had this figurehead. And I just can’t figure it out. Can you? 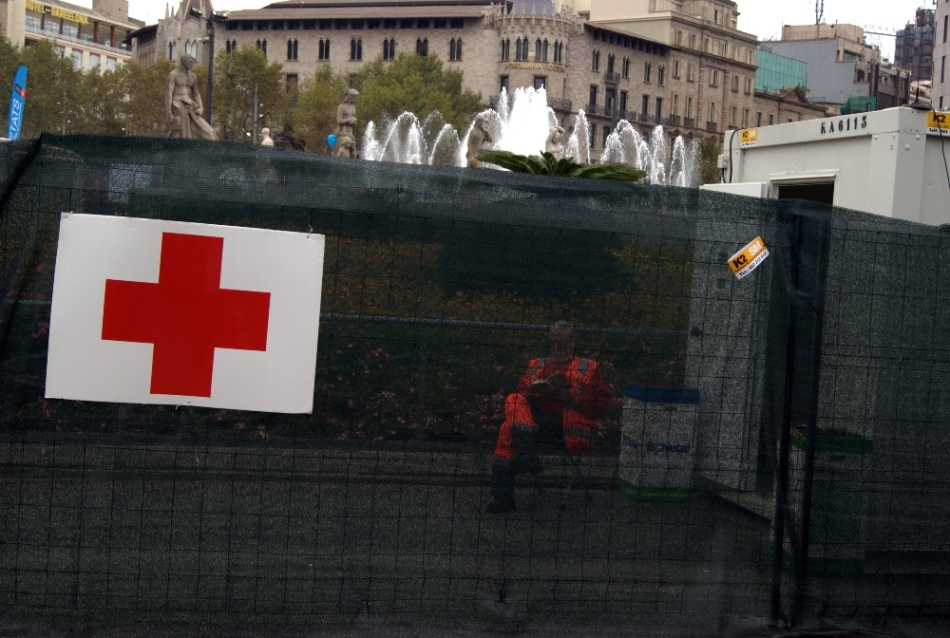 I am very glad he has time to read his book. 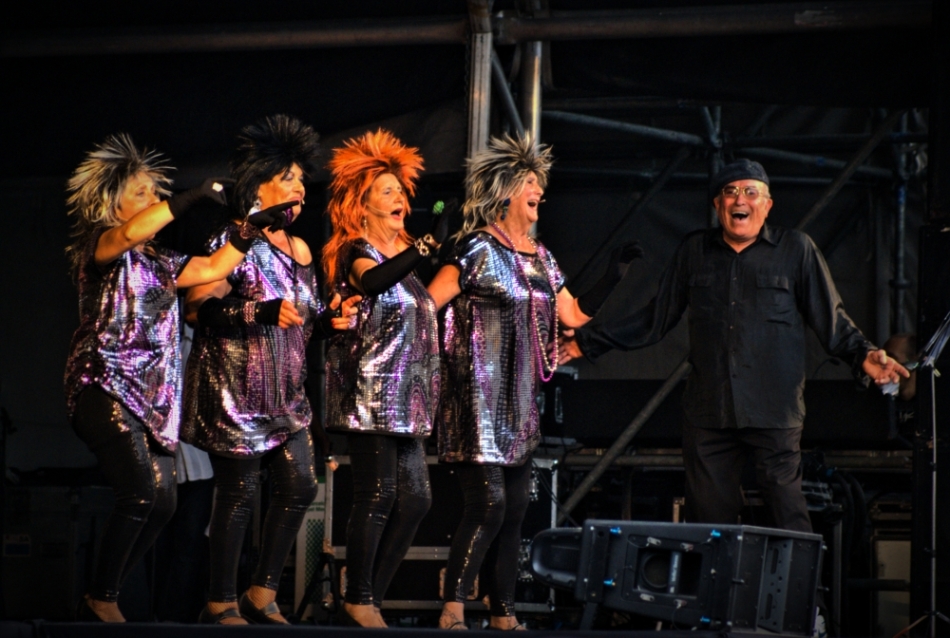 The Naughty Girls (and one guy) from Barceloneta, live concert yesterday afternoon on Plaza de Catalunya. Singing naughty things.
It is the Merce again, the festivities of Our Lady of Mercy, patron of Barcelona. Won’t see much of it this year, too busy, not enough energy. 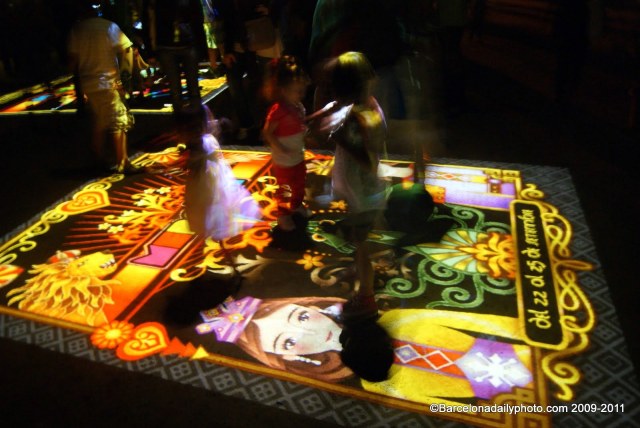 Well, this needs an explanation, I suppose. 6 weeks ago, we celebrated Our Lady of Mercy, better known here as la Merce. 4 days, big celebration, music, fireworks, hundreds of items on the program.

This is the official pooster for the celebration, projected from above.  And I guess when you’re a 3-5 years old, it’s a lot of fun to walk on the faces in the poster, and to play with the light and the colors. As I am a serious adult, I didn’t. But gosh, I wish I had!

Having very little time, and even less energy at the moment. Will be back browzing your blogs as soon as I can. 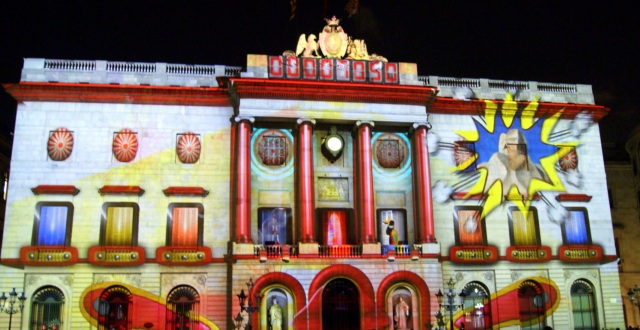 This year again, our city hall was transformed into a feast of light, colors and music. A very good computer operated animation on the whole facade of the building.
My apologies to all the people whose heads I cut of while cropping these photos. Hope it didn’t hurt too much. 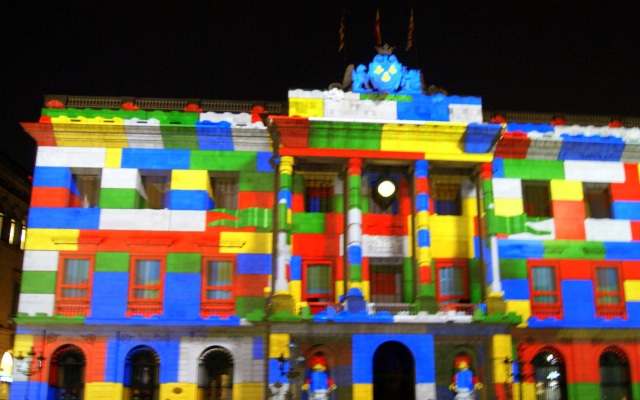 Going through Ciutadella Park on Sunday night, we came across this exhibit. No idea what it was, but it looks nice. Maybe some alien landscape .

Computer problem solved: it was cheaper to buy a new one then to have the old one fixed. Fortunately, all my stuff was safe.
2 weeks ago, I found that one of my photos had been ‘pirated’ by some website. After I complained, they removed it immediately. Watch out. Just google-images the name of your blog now and then, and check where your photos are. There are other ways as well. Firefox, for example has a ‘who stole my photo’ add on.

This is for the weekly Our World Tuesday meme. Check it out! 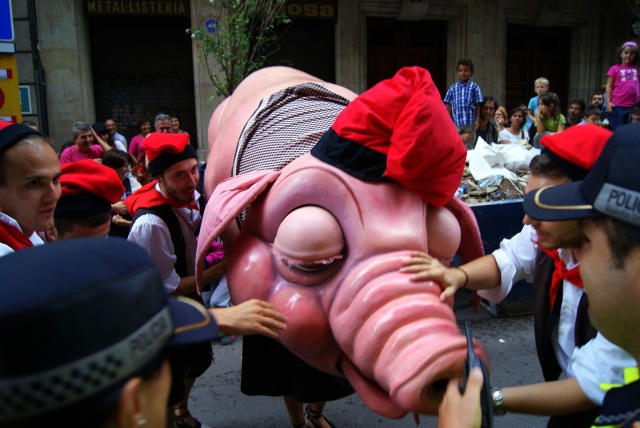 The pig and the cops. 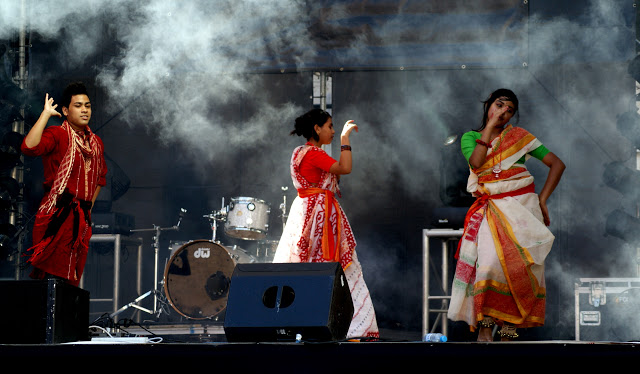 Music and dance from Bangladesh

More dancing
I am having some problems with my very troublesome computer. I am trying to fix it, but  it might take a little time. Let’s hope for the best.
Update: computer problem fixed, bought a new one.

No Merce would be complete without several big fireworks. Here is one, by the french company Les Artisans du Spectacle. 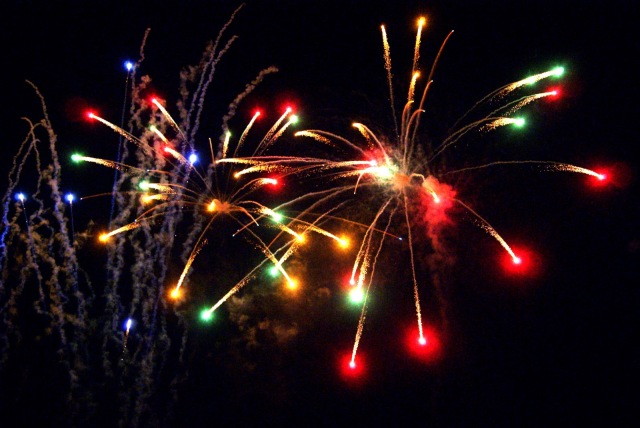 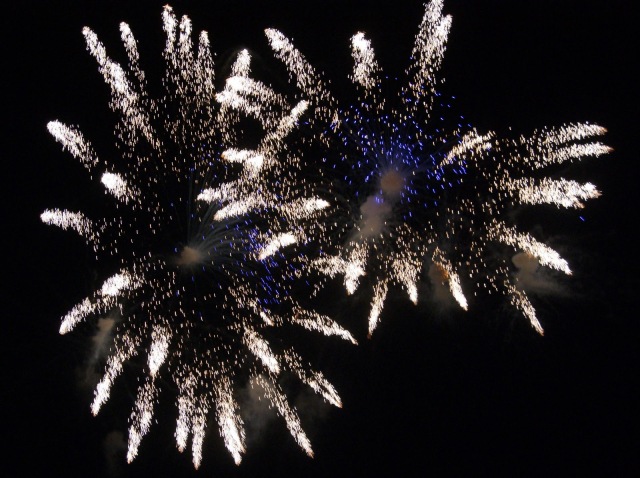 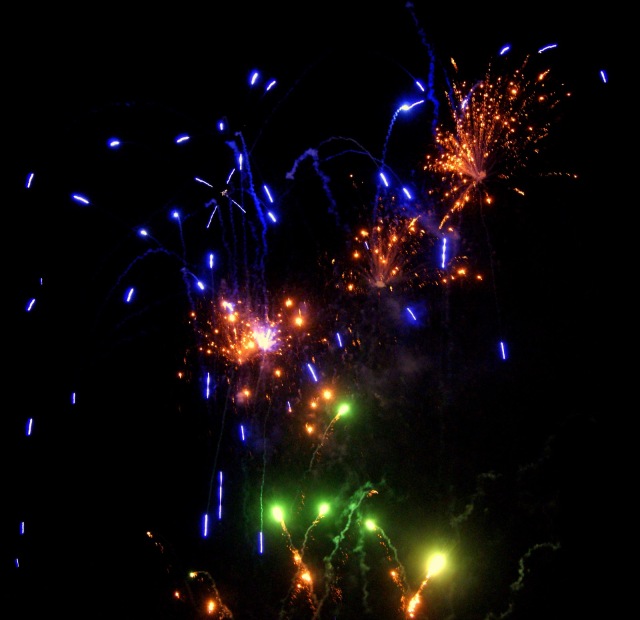 … as it says on the front of the Barcelona city hall. In Russian. This year’s special guest of the Merce: Saint Petersbourg. 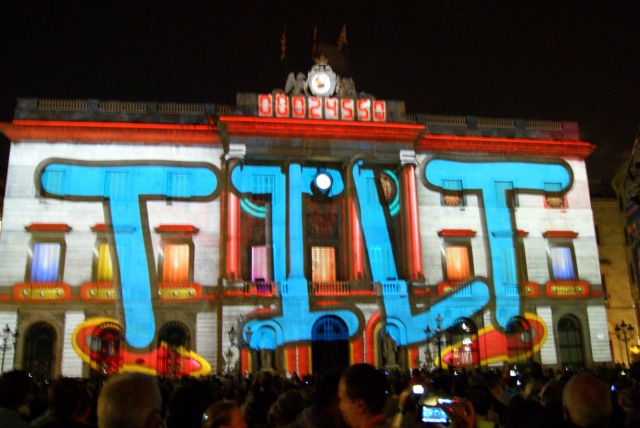 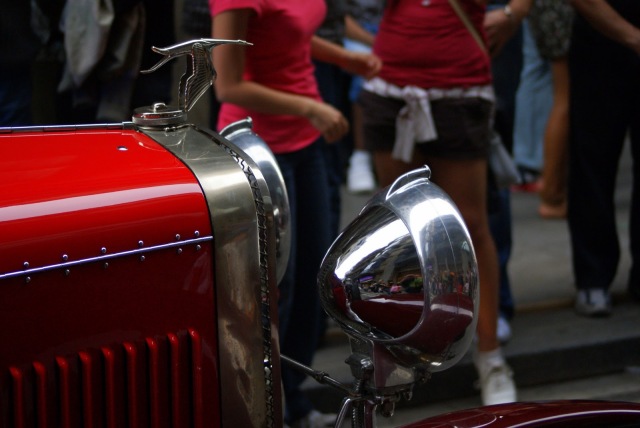 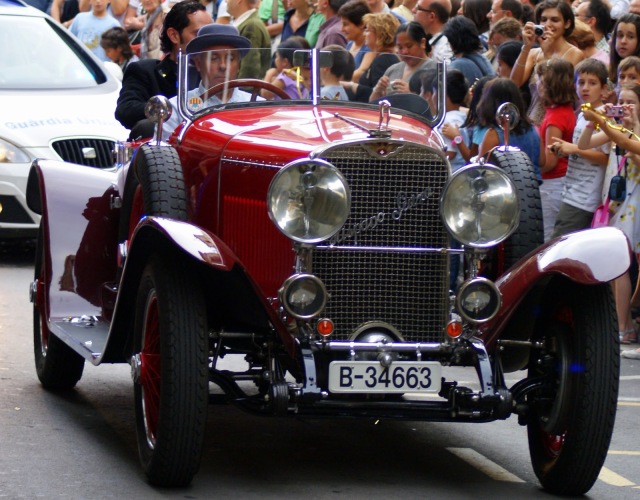 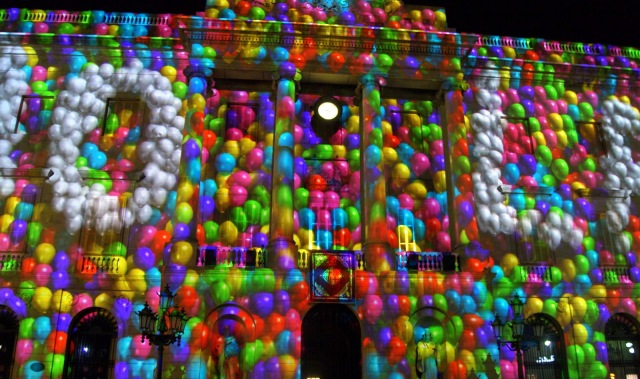 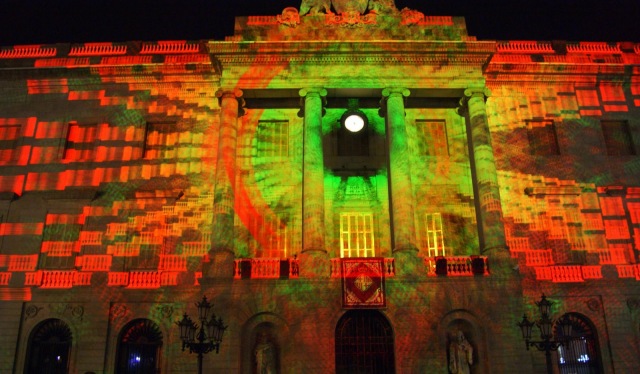 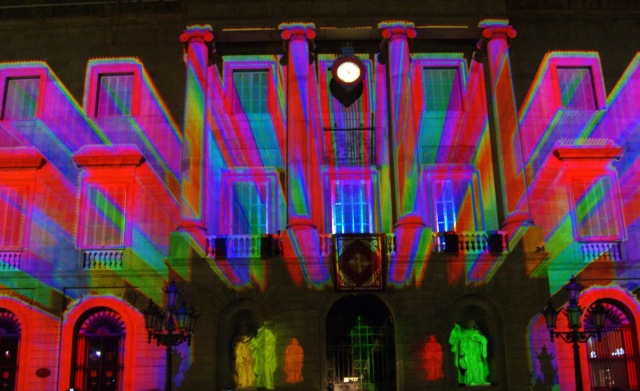 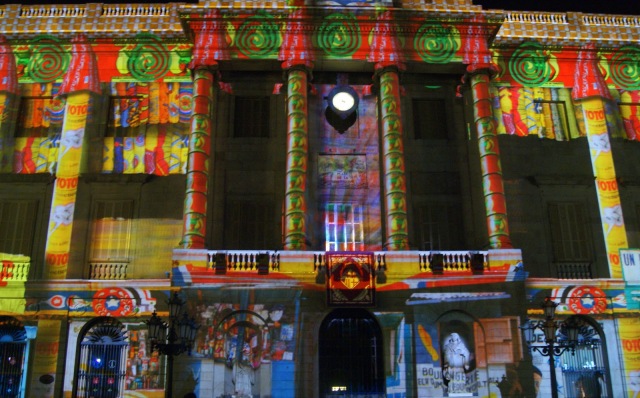 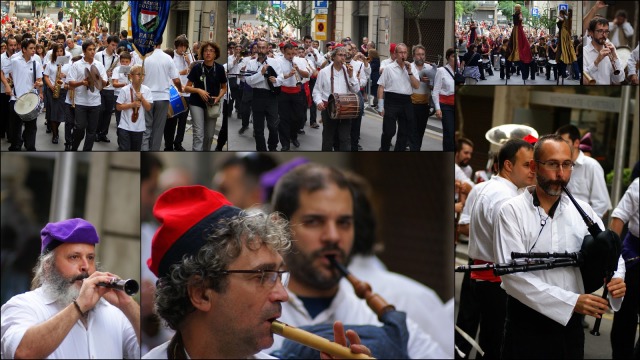 Yesterday was a holiday here, the feast of our Lady of Mercy, la Mare de Déu de la Mercè in Catalan, the big annual Barcelona holiday. 3 days of music, fireworks, giants, firebeasts, cultural activities… And a one hour long cavalcade. And oh joy, it started in our very street. Giants walking down the streets, with many drummers, pipers, flute players, etc. Here are some of the musicians. Much more to show you in the next few days! 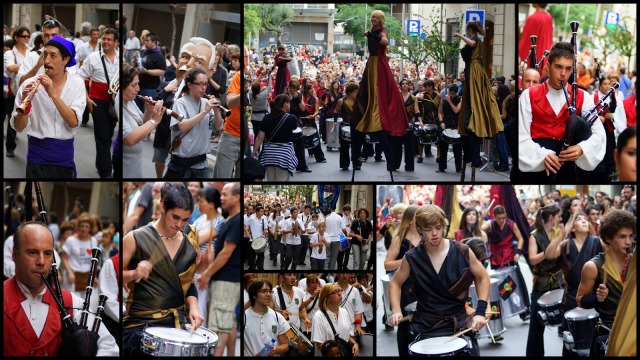 On my way to a jazz concert and a firework the other night, I saw this guy on a huge bicycle pulling a toy train full of kids along some rails. The train stopped at the station, and the driver had a rest, and a chat with some people, one of them being the lady with the hat in the foreground. I felt I was in a Fellini movie.