One of the exits of the small museum in the Poble Espanyol museum village. A museum inside of a museum, if you want… Photos forbidden, as usual. As they were some guards around, I meekly followed the (silly) law. Me, a law-abiding citizen, yes Sir!
You want to see more? Just click on Poble Espanyol just below.

Does anybody know what this type of fountain is called, if it has a specific name? Spotted it in the archetypical Spanish village in the Poble Espanyol a few weeks ago.
Whatever it is, it is for Watery Wednesday, right here. 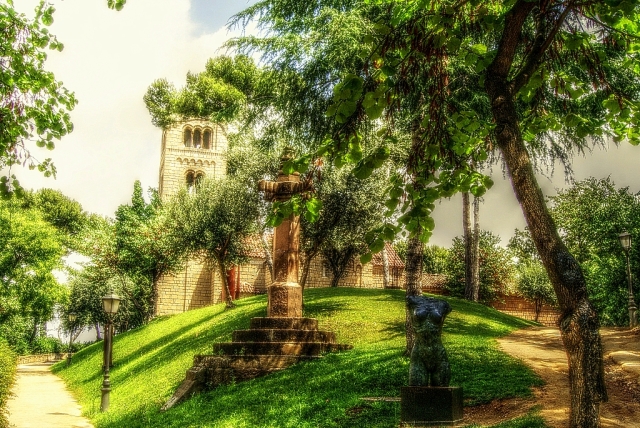 A fountain,sunshine, a few drops, some ripples on the water… It’s a kind of magic!

The Spanish Town (Catalan: Poble espanyol; Spanish: Pueblo español), where we met the Illustrious Hidalgo Don Quijote de la Mancha, is an outdoor open-air architectural museum, located on the mountain of Montjuïc.
It was constructed in 1929, for the Barcelona International Exhibition, that was held in Barcelona that year.
Josep Puig i Cadafalch had the idea for the museum: a town in which the architecture, style, and culture of various locations from around Spain were preserved in a single place. The aim was to produce an ‘ideal model’ Spanish village, a synthesis of monumental Spain. The architects that designed the town were Francesc Folguera and Ramon Reventós. In total, the town was built in 13 months, and although it was only needed for 6, for the exhibition, it was not demolished and was kept open as a museum.
The museum occupies a total area of 42,000 m² or about 138,000 ft² and contains 117 buildings, with streets and squares reproducted to scale.

The tower above is a copy of the Torre de Utebo, near Zaragoza. 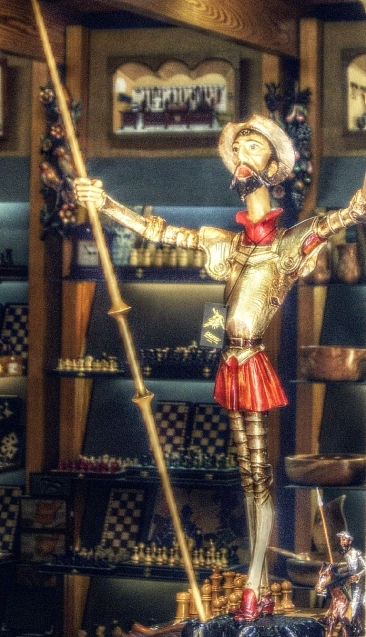 The Ingenious Gentleman Don Quixote of La Mancha, aka Alonso Quixano, was obviously not from Barcelona! But we met him here yesterday, looking for his Dulcinea, Aldonza Lorenzo.
This seems to be his place when he is here, a very fine 16th century house from La Mancha, in the Poble Espanyol. 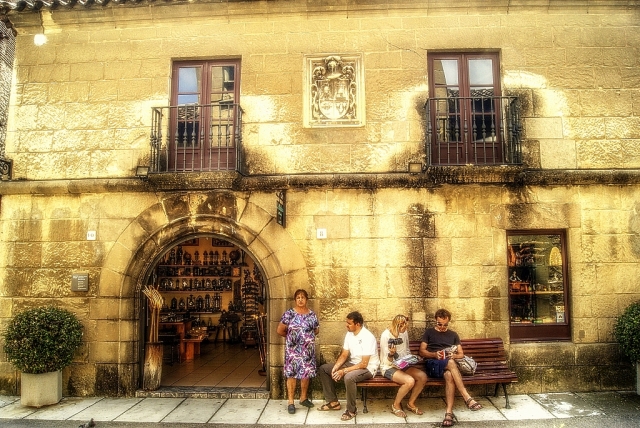 And if you’ve never done it, please read Miguel Cervantes’s book, or watch one of the many good movies or operas about El ingenioso hidalgo don Quijote de la Mancha. It’s marvelous!