Upside down… When I read about this coming theme, a few weeks ago, I drew a blank. But fortunately, we had in BCN the festa al cel, the festival in the sky.
Click here to see what other participants did.

An airshow, a while back. The city hall, in it’s immense wisdom, decided to save some money, on this most popular entertainment. So, you’ll only have this photo, no more airshows I’m afraid.

And that’s how you do it, chicos, said the old man.

Our World Tuesday is a very cool meme, and it is here!

You too can create your own planet! This is la planeta del Poblenou, complete with Hilton hotel and a beach!

As my health is ever so slowly, but steadily, improving, I did last Saturday what I’ve been willing to do for 3 years, without it ever coming to it: I went to visit the old Poblenou cemetery.

Well, it is a beautiful place, the mausoleums are an open air museum. Recognized many names of the Barcelona bourgeoisie.

But… Why is this door open/broken???

I couldn’t resist taking a photo, of course, and posting it for Louis la Vache’s excellent Monday Doorways meme.

And of course, being me, I just had to photoshop it a bit!

Here is some more info.

A chance meeting in the sun.

The Poblenou water tank, built in 1906. I don’t know much more about it, but I suppose the style can be called modernist, as it has been built very much during the same period of time.
Even water tanks are beautiful in Barcelona, yeah! 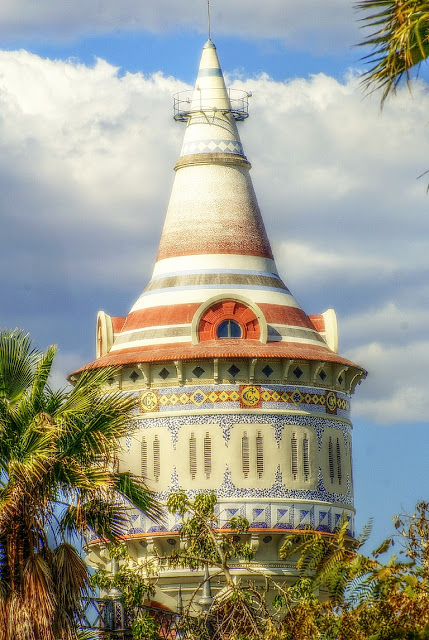 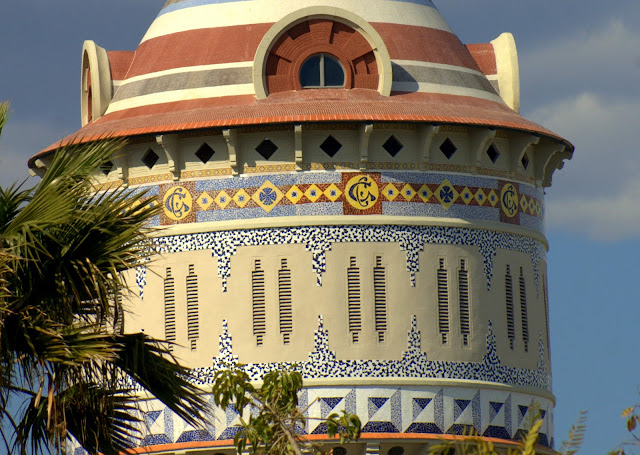