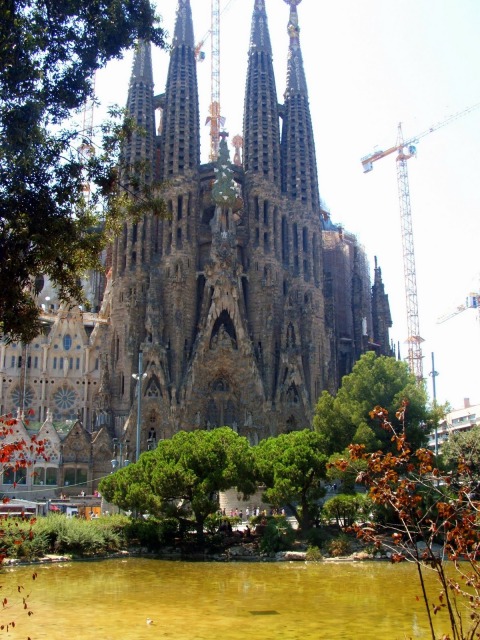 I’d like to tell you today about a visitor we’ll be having here next sunday. When I say we, I mean Catalunya, and specially Barcelona. Yep, the pope is coming. I remember titles of some italian newspapers when he was elected, specially the headlines ‘Papa-razzi’ and ‘il pastore tedesco’ the german shepperd (the latest one in a communist newspaper).
Well, whatever one might think of him, he is coming here next sunday, to inaugurate the main nave of the Sagrada Familia Cathedral, Gaudi’s not yet finished masterwork. Some people having flats with a view on the cathedral are renting their balconies. At incredible rates, 700 to 1000 euros. For the day, obviously. Which is totally mad, but well, we’re living in a capitalist world. As long as someone is willing to pay for it…
The city will be so crowded! We will see if we brave the masses. Will tell you more about it… next monday.
By the way, Benet is catalan for Benedict. In french, the word benet means something totally different. Check it out! Here, for example.