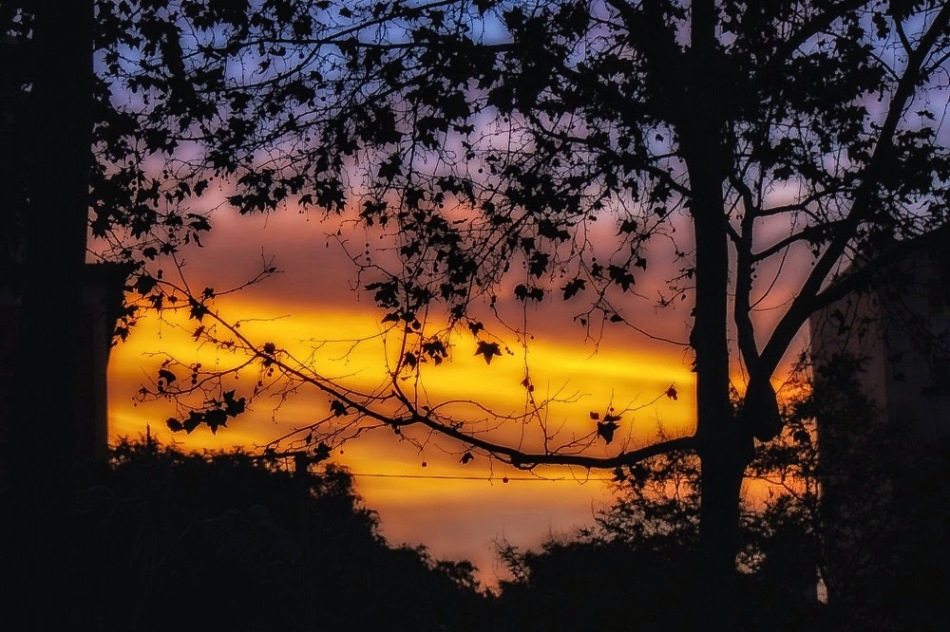 One very early morning, on my way to work…

Had a nice walk in the old port last night, and the best crepe I’ve ever had this side of the Pyrenees mountains, smoked salmon and cream cheese.
Wanted to take the ferry to Ibiza, but… Maybe another time.

The Golden Iris, on a visit from Haifa, Israel. Wonderful light early this morning!

Remaining on this week’s maritime theme (wasn’t planned, just came out like this), here is the Horizon, out of Valetta, Malta. Needs a wee bit of painting, it seems. I wonder if the people underneath the painter are aware of his presence? One more of these ‘ invisible’ workers who make our life what it is. 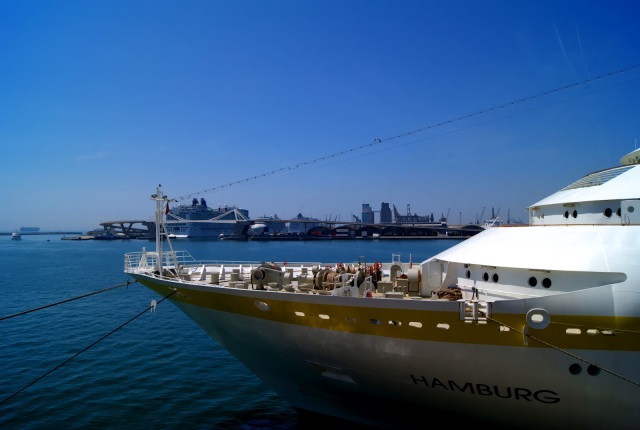 The MS Hamburg, on her maiden voyage. Well, not quite, really… Formerly known as the MS Columbus, it was built 15 years ago, but has just changed owner. Right now, it is coming from Nice in France and is on it’s way to Malaga, Lisbon and Hamburg, where it will be officially christened ‘MS Hamburg’ on June 7th. It is a small ship,  which allows it to go to smaller places than her giant cousin in the back of the photo the Norwegian Epic. I’d rather go with the smaller one…Or even better, steering my own sailing boat.
On the menu today? Hamburgers, I suppose. 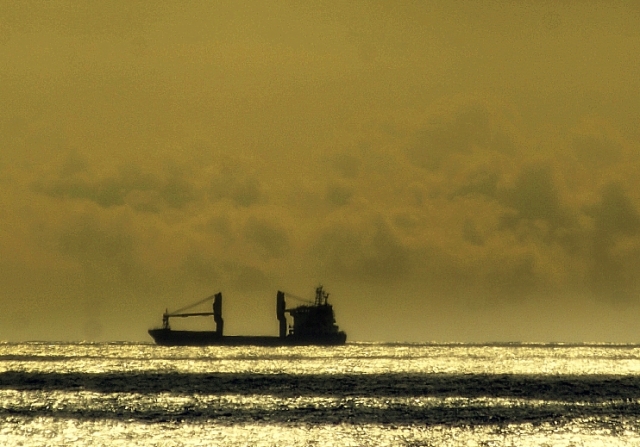 Silver and gold, one evening, with a very long lens, and some post processing.

The magnificent Nasssau based  MV Silver Wind moored at the World Trade Center in the Old Port of Barcelona. Just the right size, not too big, not too small.

I wonder if she ever made it to Livorno, Italy…