Well… Last Friday after work, we went out for dinner, to a place called the Happy Rock Grill. Had a nice dinner, paid, and then I went to the bathroom before leaving. Well, on the way back, I noticed this massive golden thing in the back of the restaurant. Strange, I said to myself, it looks like a golden bathtub, under a glass plate, with chairs around it.
Had a closer look, and the tag at the corner said, in English, Spanish and Catalan: Elton John’s personal bathtub, 1994.

It seems to be what’s left of the Museum of Rock, which used to be next door, and is closed now.

A nice and colorful merry-go-round,with a little difference…

If you check the top of the picture above,you will spot some ladies whose presence in something meant for children is… unusual. Or can you call it… classical educational pictures? Strange.
Anyway, as long as the little girl has some fun… But who’s driving her car? Her invisible friend maybe? 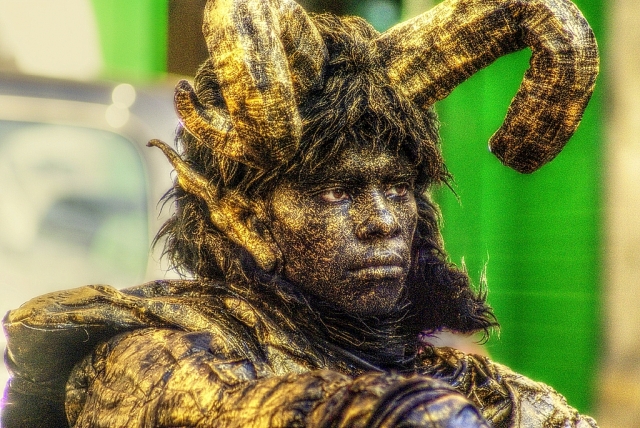 One of the mysteries on the Rambla, the levitating guy. Seen him a few times, always surrounded by huge crowds, but I still have to discover how he is doing it…

After a long reflection, we decided not to carry on our Thursday food meme.  Not under this form anyway.  We’ll see later on what might happen to it.

I posted a lady in red, a while ago. Here is the lady in blue, one of the celebrities on the Rambla. One of a kind. 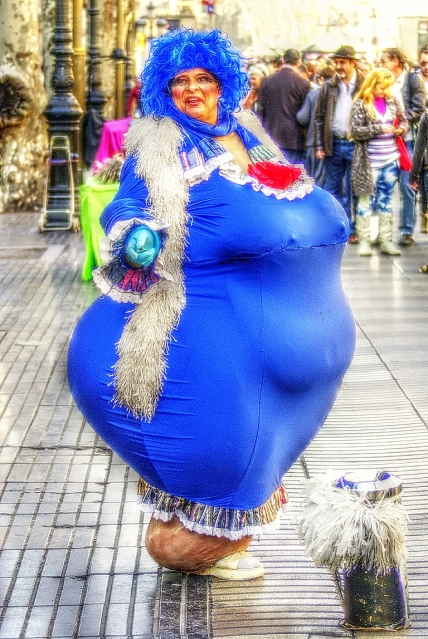 This is My World…on Tuesday!

Some bars and restaurant really have strange names… Does this one need any translation? I doubt it, as it is a very international word. Wonder what’s the story behind this one! It was closed when we passed it, so we couldn’t ask. Next time!