…said the weather report for today. Well, it didn’t quite reach 28 degrees, more like 26, but the clouds were out, including some really peculiar ones. Here is a nice cloud carpet above the general post office on the seafront. Anyone knows what these clouds are called???

It’s theme day again, umbrellas this month. Not much rain in Barcelona lately, so here is one I took in Santiago de Compostela, a pilgrimage place in the north-west of Spain, 1000km from here, a few months ago.

It’s cold. Well, what we call cold here in Barcelona anyway: 12 degrees centigrade during the day, 6 at night. As we are a seaside city, it feels much colder. And Spanish houses are just not built for winter. Central heating? Rare, at best. Often, it is actually colder in our flat than outside. And we go out to get warm… 4 blankets on the bed, 2 more available, just in case of. We do have electric heaters, but having high ceilings, it doesn’t really work. Well, waiting for the summer to come. Or for the coming weekend: should go up again to 18 centigrade. Nice.
Oh yeah: hope you all had a nice 12/12/12. Next occurrence will on January first, 2101, shortly before my 140th birthday. Might not be around. 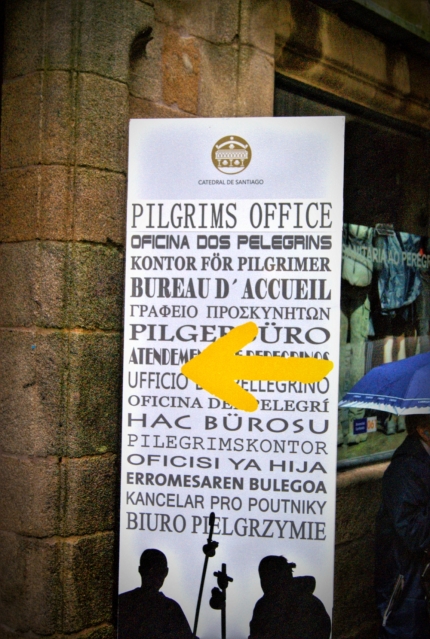 So I went on a kind of pilgrimage to the small galician town of Santiago de Compostela. The name means St James of the field of stars. Nice.
Let me tell you what it is all about.
The Way of St. James or St. James’ Way (Spanish: El Camino de Santiago)
is the pilgrimage route to the Cathedral of Santiago de Compostela in Galicia in northwestern Spain, where tradition has it that the remains of the apostle Saint James are buried.
The Way of St. James has existed for over a thousand years. It was one of the most important Christian pilgrimages during medieval times, together with Rome and Jerusalem, and a pilgrimage route on which a plenary indulgence could be earned; other major pilgrimage routes include the Via Francigena to Rome and the pilgrimage to Jerusalem.
Legend holds that St. James’s remains were carried by boat from Jerusalem to northern Spain where he was buried on the site of what is now the city of Santiago de Compostela. The Way can take one of any number of pilgrimage routes to Santiago de Compostela. Traditionally, as with most pilgrimages, the Way of Saint James began at one’s home and ended at the pilgrimage site. However a few of the routes are considered main ones. During the Middle Ages, the route was highly travelled. However, the Black Death, the Protestant Reformation and political unrest in 16th-century Europe led to its decline. By the 1980s, only a few pilgrims per year arrived in Santiago. Later, the route has attracted a growing number of modern-day pilgrims from around the globe. The route was declared the first European Cultural Route by the Council of Europe in October 1987; it was also named one of UNESCO’s World Heritage Sites.
There are several Ways, from all through Europe. Ideally, you should walk…

From, for example, Paris, it should not take you more than 2 months…I went by plane, so it doesn’t count!
The weather last Tuesday was absolutely miserable, so I saw very few pilgrims around. 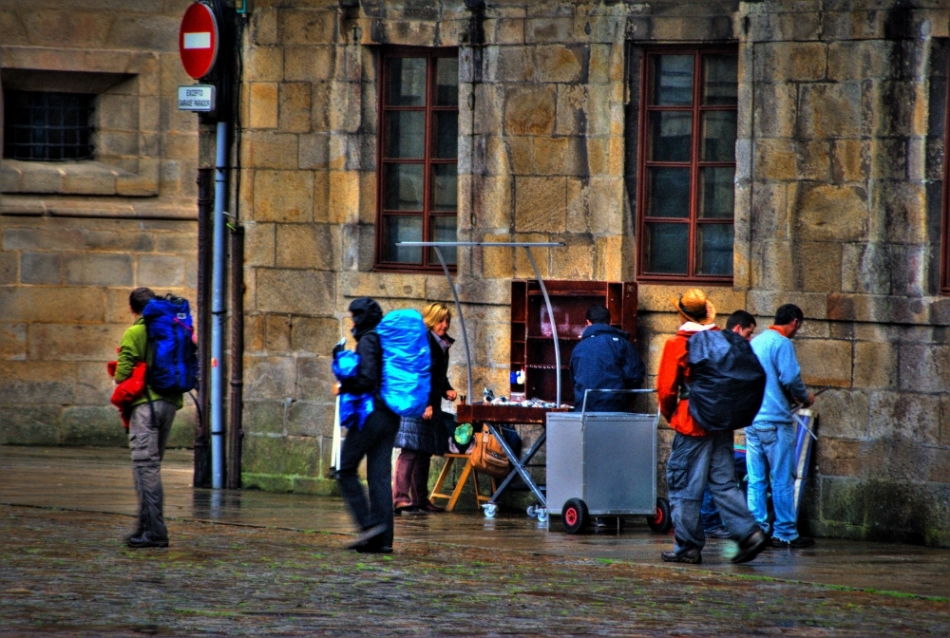 There is of course much much more to say about El Camino, please google it, you’ll find thousand of pages.

We woke up yesterday morning (at 6), and oh miracle, it was raining! It only lasted for an hour, but what a joy!!!

Some tourist… taking the sun, so to say. It is finally raining all over Spain, and God we needed it! Very dry spell so far this year. We had a massive thunderstorm here last night.
Message to all tourists in town: we have well over 80 museums! Enjoy!

She came prepared. Slippers, gloves, jacket, folding chair. And of course the umbrella to ward of the very hot sun.
She came to see the airplanes, the airshow. 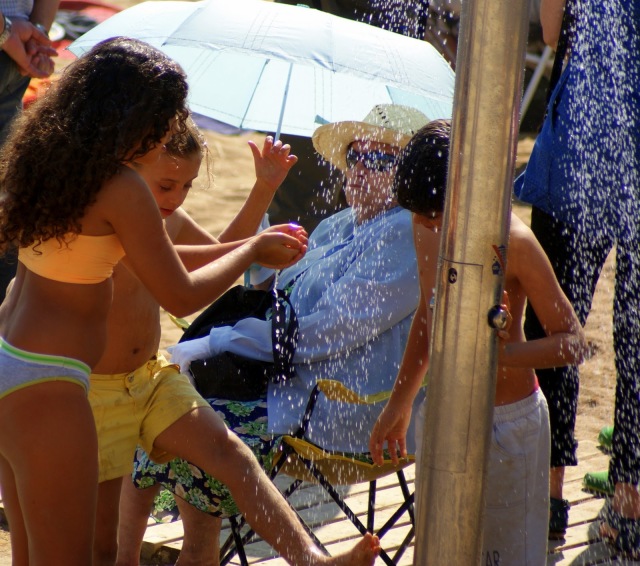 And to be really sure to stay fresh on this very hot day, she sat next to the… shower. 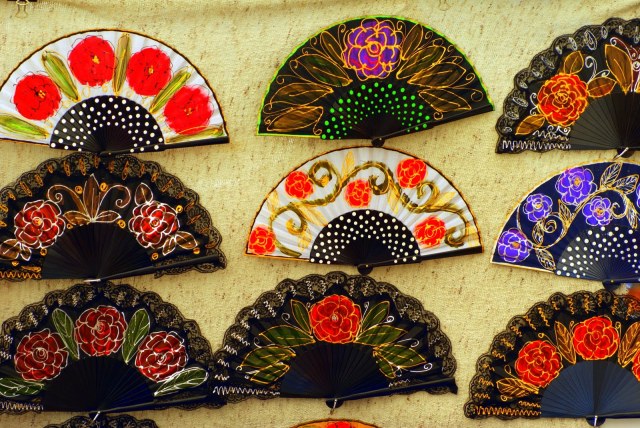 It’s been a while since I posted some abanicos, fans. Here are some nice ones I spotted yesterday.