Skywatch Friday in the wind 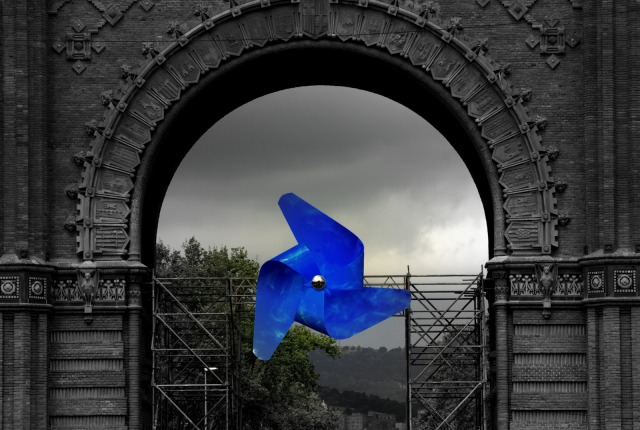 A celebration of wind energy was the main theme of this year’s Earth Festival, 2 weeks ago. So the organizers mounted a big…no idea what this is called… oh yeah: a pinwheel (thanks guys!) underneath the Arc de Triomf. And it was turning and humming in the wind… Here is a closer look, from behind. 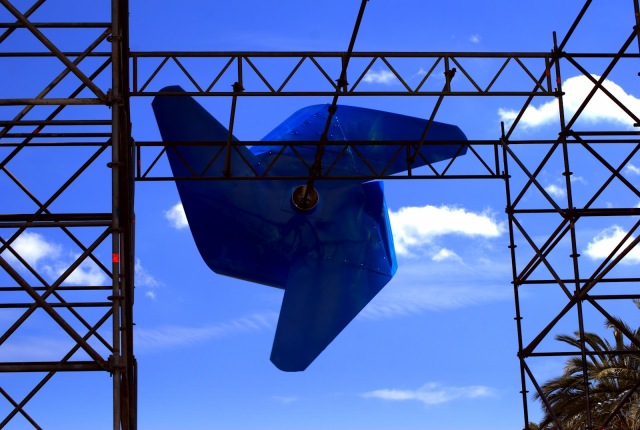 This is for Skywatch Friday. Please click here to see other Skywatcher’s photos.

And yes, I missed the supermoon, and I’m extremely unhappy about it. Next time.

Yes, this photo was taken last Sunday in Barcelona. Barcelona is a very very multicultural place, and we love it!

After Tuesday’s post, I realized/remembered that Barcelona is actually full of dragons! The modernists loved them, Gaudi made some,  the most famous one being the one in Park Guell. So here is one which figures on the monumental vases on both sides of Passeig Lluis Company. There are many many more, you jusr have to know how and where to find them. We will!

The title of this post refers to the Hunt-Lenox Globe, a map made around 1503-1507, the world’s third-oldest world map. In modern day China, called East India on the map, it says HC SVNT DRACONES, or here are the Dagroians, described by Marco Polo as living in the Kingdom of “Dagroian”. These people… feasted upon the dead and picked their bones” (B.II. c.14).

Dragons appear on a few other historical maps.

The Arc de Triomf. Built 1888, for the Universal Exposition. A very familiar monument, passing in front really often. But… last saturday, I spotted this…

There are 2 of them, and I don’t know why they’re there.

Update: Ken just sent this to me.
On the triumphal arch, you will find attached some stone  bats. It was
the emblem of King Jaume I. (1213-1276) (James of Aragon). Under Jaume
I., Barcelona flourished economically and he liberated Valencia,
Menorca and Mallorca from the Moors. On 31 December 1229 his troops
conquered the city of Medina Mayurka. The bat was his lucky charm. The
city of Medina was later called Ciudad de Mallorca and in 1717 it was
renamed again in Palma de Mallorca, as the city was called in Roman
times.
The bat is still the emblem of Valencia and was for example also part
of the first crest of FC Barcelona.

Fodor’s Barcelona Guidebook says:
“Jaume i’s affinity for bats is said to have stemmed from his Majorca
campaign, when, according to one version, he was awakened by by the
fluttering rat penat (literally, “condemned mouse”) in time to stave
off a Moorish attack.  Another version attributes the presence of the
bat in Jaume I’s coat of arms to his gratitude to the Sufi sect that
helped him successfully invade Majorca, using the bat as a signal
indicating when and where to attack.”

Many nice stalls for shopaholics and others were there, of course. Everything slightly or more so alternative. Or not. 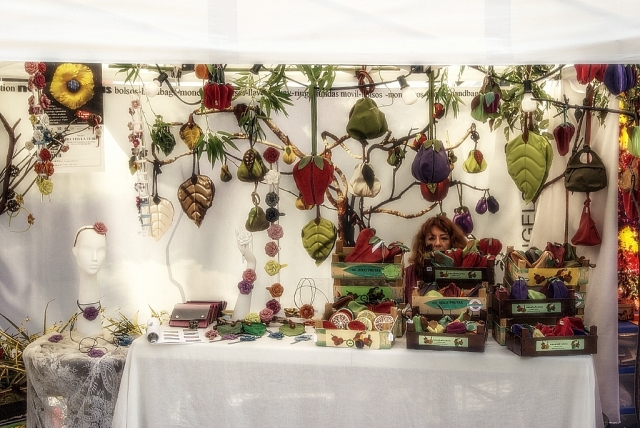 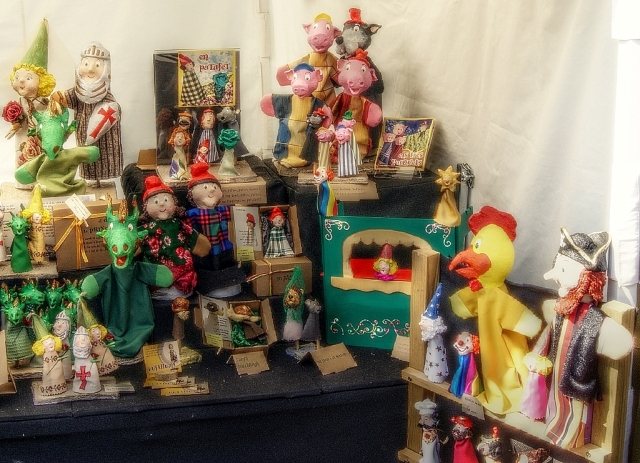 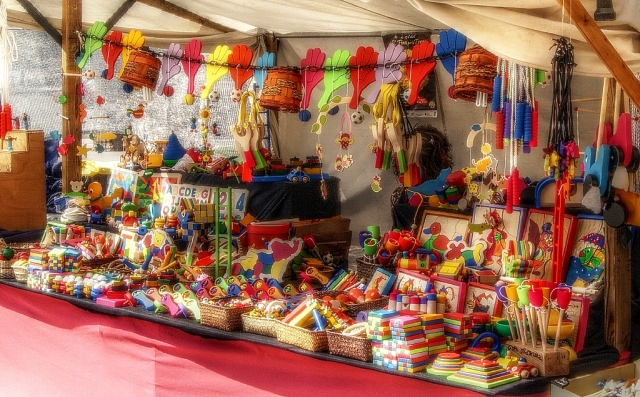 This was, I think, the smallest of them all… 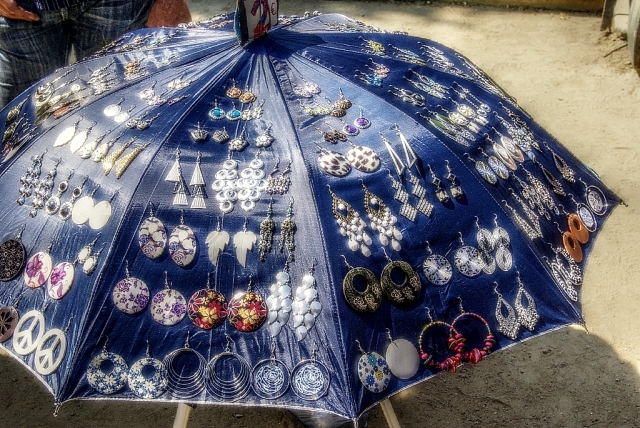 I posted the Arc de Triomf several times before, but never like this! We’ve had this weekend the yearly Fira per la Terra, the Earth Fair.
A very interesting and colorful event, with a message. And we support this message, 100%! Just think of what is happening in Japan right now, Three Mile Island… And of course Chernobyl, on April 26th, 1986, 25 years ago. Stop that nonsense. 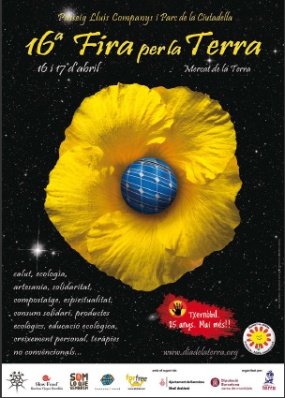 An interesting office building near the Arc de Triomf. Not quite sure what’s in it, I seem to remember it being a bank.

The Arc de Triomf at night.
No internet at home, as our router went out in a puff of smoke. So, I´m posting from an internet cafe around the corner. Wont be able to browse any of your lovely blogs today, sorry!!!